Billions of people cast their votes every year to elect the leaders of their respective countries. Eagle Coalition’s staff wants to highlight the importance of global democracy in its series called Election Spotlight. Each article in the series will provide an introductory overview of the government and politics of the country as well as the key figures and issues at stake in the upcoming election. Our staff will try to cover as many elections as possible, but emphasis will be given to countries who conduct fair and free elections based on Freedom House’s Freedom in the World rating system. Each Spotlight will be published just prior to the date of the election, with a follow-up article on the results and impact of the election coming once results are recorded.

Mongolia, sandwiched between two authoritarian neighbors, has been hailed as an “oasis of democracy.” After reforming from a Soviet-style regime in 1990, however, the country now faces a crossroads over the challenges of balancing efficient leadership with democratic values. At stake in its parliamentary election on June 24 is whether reform is needed to break political deadlock in the capital Ulaanbaatar.

What kind of government and politics does Mongolia have?

Mongolia is a semi-presidential republic. The President of Mongolia (currently Khaltmaagiin Battulga) is the head of state elected by the public while the Prime Minister (currently Ukhnaagiin Khürelsükh) is the head of government through a multi-party parliament. The President appoints the Prime Minister who is usually the leader of the majority party (or a coalition) and both serve a four-year term. The State Great Khural (Mongolia’s parliament) is unicameral – that is, consisting of only one house – and has 76 seats. Members are elected using mixed-member proportional representation, a system where voters cast two votes: one for their district representative and one for a political party. 48 of the seats are given to the district winners and 28 are given to the political parties in proportion to the number of votes received. All Mongolian citizens 18 years and older are eligible to vote.

Who are the major candidates and political parties?

While Mongolia has multiple parties, the country’s democratic history since 1990 and recent changes to election laws have resulted in two key parties being the major players in the country’s post-communist history:

Who is predicted to win?
Polling of this Mongolian election is sparse, but one poll from the website Canada Mongolia indicates a relatively undecided electorate. 56.7% of those surveyed were undecided as to which party they would vote for in this election. 37.9% supported MPP, while 29.5% supported DP. 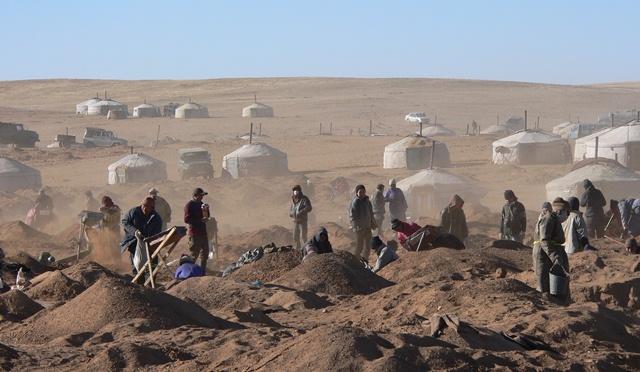 Mining rights and control over its resources is a major debate in Mongolia. Source: Unuudur.com.

What are the key issues for this election?

Based on analysis of these parties’ platforms, two major issues facing Mongolian voters in this election are:

View all posts by John Colpoys