Belarusian Protests and the Kremlin’s Ties

In August 2020, Belarusians turned out en masse to protest the unfair re-election of Alexander Lukashenka, who has served as President of Belarus since the position’s inception in 1994. From police blockades of major roads, to a denial of service attack on the country’s internet access, it was clear that Lukashenka did not receive the reported 80% of votes, so the people turned to the streets. 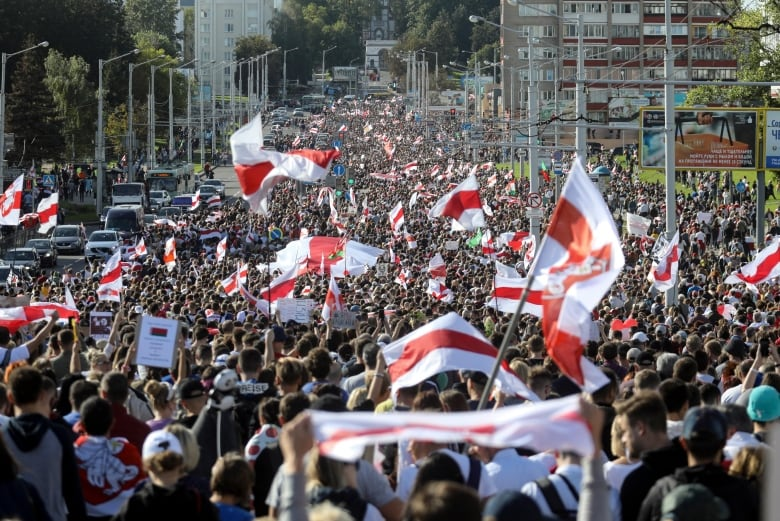 The protestors have identified themselves as decidedly pro-democracy and anti-Lukashenka, calling for Lukashenka’s removal from office. Though they have mustered support in Minsk every night since the election, they have not occupied any territories or created any tent cities as was an instrumental tactic in the Ukrainian Maidan protests. Attempts to organize a national strike seem to have stalled out as Lukashenka threatened striking workers with dismissal and jailed strike leaders.

This was not the first time that election fraud and voter suppression tactics have been used by the Lukashenka regime. In the 1990s Lukashenka was selected not by the Belarusian people, but instead by Russia to ensure that Russia’s interests in Belarus were protected.

Amidst recent global protests, one could easily dismiss the events in Belarus as just another example of civil society in action. But in order to understand the significance of these protests, it is first important to understand the history of Belarusian civic engagement, the Lukashenka regime, and Russian involvement in Belarus’ affairs.

Since the collapse of the Soviet Union, Russia’s foreign policy towards Belarus has been dominated by their understanding that Belarus could not have an independent foreign policy. While Belarus gained independence in 1991, Russia’s government worked to keep Belarus dependent on them and incapable of full sovereignty. This dependency was strategically important to the Kremlin since Belarus provides closer access to Kaliningrad, an important Russian port on the Baltic Sea in between Poland and Lithuania. Belarus is also significant to Russian foreign policy because the country extends Russia’s sphere of influence and removes the risk of Russian isolation from Eastern Europe.

Belarus is crucial to Russia’s security and defense from threats to the West. Belarus and Russia share a joint air defense system in Belarusian territory, in addition to anti-missile early warning technology that Russia keeps in Belarus to defend against air attacks..

In 1999, Russia and Belarus signed the Union State Treaty, establishing the two states as one supranational union state. This treaty laid the foundation for shared currency regulations, judicial processes, and legislative systems between Russia and Belarus. The Union State theoretically allowed Russia to have the same level of control over Belarus as it has over its sovereign territories without needing to formally annex the state and deal with the international repercussions of annexation.

To ensure the Belarusian government supports these interests, Russia has actively supported politicians whom it felt would not question their interests or foreign policy goals in Belarus. In 1994, Lukashenka was the Kremlin’s candidate of choice. In 1990, he voted against the dissolution of the Soviet Union, proving himself loyal to Russian interests. Before 2006, the Russian government had been the primary source of funding for his reelection campaigns.

It is also worth noting that since Russia’s aggression towards Ukraine beginning in 2014, Belarus and the Lukashenka regime have been systematically distancing themselves from Moscow and trying to establish a stronger Belarusian national identity through policies pushing the Belarusian language and working to create a false narrative that Belarus is a monolithically Orthodox Christian state. After Russia’s economic recession in 2014, Lukashenka pursued an economic policy with a greater emphasis on liberalizing and a focus on ties to the European Union than to Russia.

Russian President Vladimir Putin’s government’s response to this new set of Belarusian policies is to promote a national identity appeal to ethnic Russians living in Belarus, similar to the tactics it used towards Georgia and Ukraine. The similarities of these policies and the strategic and symbolic importance of Belarus to Russia make an annexation not out of the question, which has put the Belarusian people on edge.

Why do the protests matter?

Former Soviet states traditionally lack a strong civil society; this is doubly true for Belarus. The country has struggled with defining its national identity, which is why Lukashenka has been able to rule relatively unopposed for so long. The latest protests seem to have taken the administration by surprise. Russian media operatives have been brought in to run the Belarusian state TV during this information war, pushing a narrative that NATO is planning to invade Belarus and that the protestors are Russophobes looking for a civil war. The Belarusian military has even been mobilized to appear in defense of any possible European invasion, despite no proof that such an invasion is imminent. 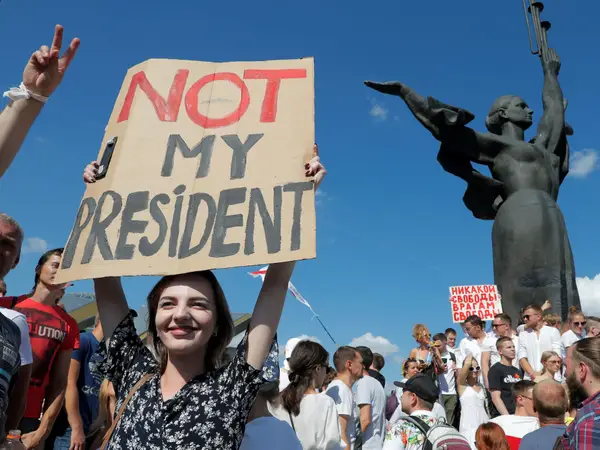 But what has driven the Belarusian people to break with their national tradition in favor of taking to the streets? One possibility is that the pandemic revealed incompetencies in the government. Another possibility is that the protesters feel emboldened by having a viable opposition candidate in Svetlana Tikhanovksaya (who has recently fled to Lithuania for the safety of herself and her family).

Belarus has never seen anything like this level of protest. Lukoshenko’s unease and Putin’s dramatic response confirms how seriously they are taking these protestors and the threat they present to the Lukashenka regime. Russia’s involvement proves that these protests are not something to be taken lightly.

That being said, nurturing civic engagement with democracy-building in former Soviet states, especially those that Russia sees as strategically important, has never been easy, and the efficacy of these protests will rely heavily on the Belarusian people’s ability to organize and persevere through what is sure to be a tough response from the regime in power.

View all posts by Anna Waisgerber